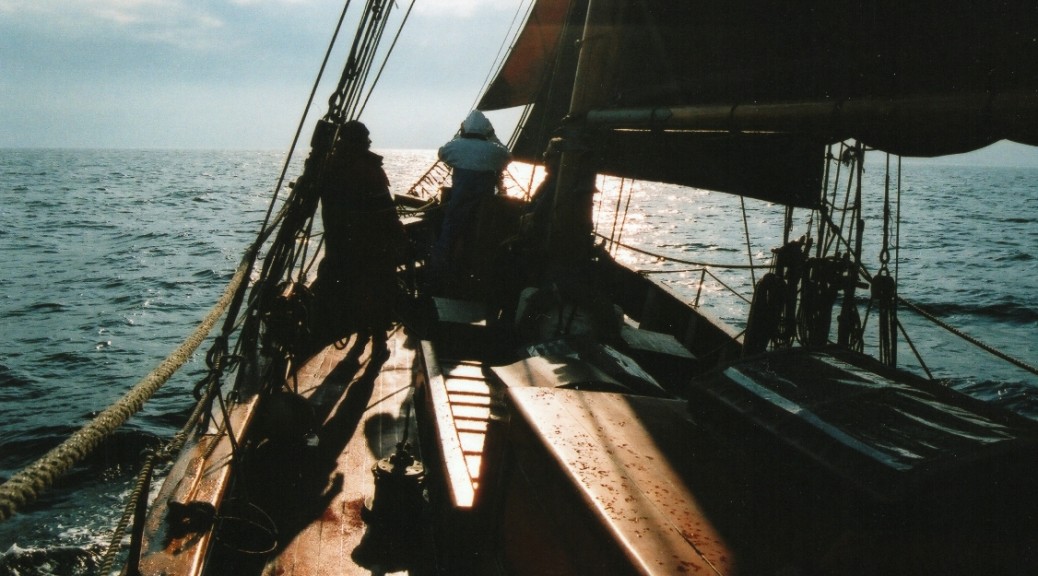 In April and May, The Drogheda Photographic society had a series of in house competitions that cover beginner and higher level entries.
The main purpose is to allow our members the chance to learn and improve along with their peers, and to get a general feel for
what can be accomplished with their camera.

Over the month of May and June, we will be adding some of the images with a small description from a selection of the participants with their permission.
Erich Sumperhofer entered the beginners level competition in April and we asked him to give a little introduction to his winning photograph.

This picture above was taken almost 10 years ago during a sailing trip through the Baltic sea off Northern Germany.
It was taken with a Nikon F60 – film camera using aperture priority mode, unfortunately I cannot provide any exposure information as I do not remember the settings, but it is most likely using an aperture of F16 or smaller to ensure that everything would be in focus.

I did take care that the sun would be hidden behind the sail, to limit the brightness in the picture and to ensure that the details of the ship would be correctly exposed.
I also took a meter reading from the sunlit wooden deck and used what is called the exposure lock function of this camera
(the camera switches to centre weighted metering when the exposure lock function is used).
Once this was done, I focused on the area around the mast of the ship and then took the picture.

When selecting pictures for entry into the competition, I chose this one because I felt that this image portrays the feeling of being confined on a small ship in the vast ocean and sailing into the wide open sea.